Let’s go straight to the matter – are Taurus men jealous?

If you are dating a guy of this Taurus zodiac sign, this question definitely once arises in your mind.

Astrologically, Taurean males are observant, composed, and quite by nature. They are known for their patience, perseverance, and staying power. When dealing with any aspect of life, they initially show a certain sense of restraint. Ruled by Venus, they are materialistic and stubborn to the extreme.

Though individuals of Taurus sign do not get angry very easily, they can have a bad temper. They are also very protective of their loved one and would not leave her even at times of fights. This factor may be due to the presence of jealousy as well as possessiveness in them.

Usually quiet and subdued, but they may become incredibly jealous and will show another side of their nature if it is necessary to protect what he feels is his. Unlike other guys, the Bull men hate love games – do not play hard to get, or you’ll surely drive your Taurus male away.

When dating with a Taurus, you have to keep in mind that he is very possessive and jealous. It’s a big NO if you act flirtatiously with other men once decided to be his partner.

Although he’s normally a peace-loving person, don’t be surprised if he displays frightening fits of rage.

Why are Taurus so jealous?

He is just a little bit of jealous at first, but his jealousy tends to build up after the investigation. As he takes love relationships very serious, he expects the same from his partner. So if he gets jealous, maybe because your faithfulness is suspected.

At the first stage of suspicion, your Taurus lover often wonders what to do and then slowly starts investigating. Later, there will be a slight jealousy scene or a terrible breakup depending on what he’s found out.

How to Handle Taurus Men Jealousy in Love? 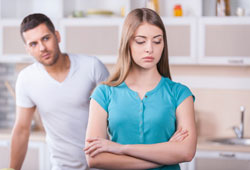 Dealing with their jealous behavior is really a challenge.

The jealousy mode gets turned on when Taurus feels that their partner is attracted by someone else. Due to their fear of rejection, they are likely to become jealous and believes that behavior just protects them from any disappointment.

However, Taurean males will not display their jealousy so obvious at the beginning which means their partner hardly tell what is going on with their attitude.

The worse thing of jealousy is that it will lead to a series of negative feelings behind.

Because of the jealous nature, men of Taurus zodiac sign frequently think of all kinds of scenarios in their head. Soon this will turn into the possessiveness and even end up making them hate their partner.

General speaking, Taurus is a possessive sign often getting jealous.

Taurus males, most of the times, reminisce happy memories they have on the partner and are likely to make use of them to determine if they are telling lies or not.

A Taurus in love is very loyal to his loved one and will never let her go; in other words, you can tell that he is blind in love. But once he realizes his love is shared with someone else, he is unstoppable.

Below are a few tips to help you cope with a jealous Taurus man:

#1: Make him feel safe and secure

As your Taurus lacks security, it’s a must to make him feel trusted and safe when being in love with you. Be prudent in your relations with other guys!

Is he suspicious on you?

You need to always gain the trust of a Taurus man. Remember to text or call him back on time, appropriately and properly. If you response nothing, he will immediately think that you are having fun with someone else.

Believe me! You shouldn’t make this guy misunderstand!

When you two are having a talk, calmly answer all of his questions. If his jealousy is about you contacting with many people, then simply explain the reason in a gentle way.

Don’t let your mood go intense or he will explode.

Instead, be gentle and he will sympathize with your situation. In case you do anything wrong, honestly admit your fault and apologize. He will be sad for sure, but will forgive you as time passes.

In love relationships, Taurus man trusts and respects you so much. All he needs is just your love, loyalty, and sincerity, so show him.

If you are in love with the Bull, you will get all of his support without any criticism and you have to treat him the same thing in return. He will appreciate when you do the skinship with him in public (holding hands, touching, or pecking on the cheek) as it shows that you are also possessive.

Don’t talk to other guys in front of his face!

He can’t stop staring the person you are talking with once sensing anything abnormal. In this situation, both of you need a talk in which you need to help him open up with his feelings. Be calm and listen attentively!

As I told earlier, they feel insecure and distrustful. Therefore, you need to have a little compassion whenever he accuses you. Try to see things from his perspective if you want to have a long-term, happy relationship with guys of this sign.

His possessiveness is often from his jealousy.

That’s why you shouldn’t do anything to make him jealous or he will soon bring his possessiveness on the table along. You need to put his mind at ease and spend more time with him so that he can negate his fears.

The moment he can find security around you, the air of his possessiveness will immediately fade away.

It may be hard for ladies who get involved with Taurus guys because I know this behavior is very annoying at times. But if you don’t want the relationship to crash down into pieces, then you must have tolerance and understanding.

The more you get to understand your Taurus partner and his point of view, the more you are likely to gain his trust. If he has enough faith for you, he will respect your privacy and even provide you your own space to do whatever you like.

Being a negative sign, Taurus makes these men introverted by nature.

They are good at hiding their thoughts and emotions. When considerable amount of patience, hard work, and determination goes into achieving an objective, people often become possessive about it.

In case of male Taureans, it is a bit more as they are materialistic, and seeking pleasure for them as well as their family is a part of their nature. Well-known for their stubbornness, the Bulls rarely change their point of view and stick to what they believe is right. They can get extremely suspicious, also.

Taurus males are considered as one of the best lovers among males of twelve zodiac signs.

If a Taurean loves you, he will be very possessive about you; of course, his possessiveness at times can cause troublesome. On the other hand, you will be happy to know that he is a caring and loving person. Sensual and passionate, he can easily express his feelings once he makes up his mind. However, it might take him a lot of time for his mind to be cleared.

Before actually dating this man, you must know how to deal with his jealousy. In love, he wants to feel stable.

When Taurus men get jealous, it means he senses the competition for you. If he likes a woman, he wants the girl all to himself. He wants her to be completely and totally his, so that he doesn’t have to worry about being cheated. The prospect of not owning you annoys him.

You may find your Taurean acts moody or frustrated when he realizes something wrecking his stability.

Definitely, they are. But always keep in mind that there is no true love without jealousy. If you decide to date a Taurean, trust and loyalty are the keys to win his heart.

Most Taurus men can be jealous and possessive to the extent; as a result, your Taurean partner often feels insecure and expresses angry, controlling behaviors towards you.

Why is he so suspicious?

The reason for his jealousy is probably because he has been cheated in the past; thus, he finds it difficult to completely trust you.

Do you want to have a peaceful, full of laugh relationship with your Taurus man?

If the answer is yes, then I recommend you not to think about playing mind games as you are dealing with the Bull. He needs your honesty and loyalty in the relationship; in addition, he hopes that you are sympathetic enough to understand his complex characteristics.

Is the information here helpful?

There are still lots of articles regarding Taurus man on tauruspersonalitytraits.com.

Why don’t you bookmark this website to gain clarity about men born under the Taurus zodiac sign?

Freely leave your comments in the comment chat box below! 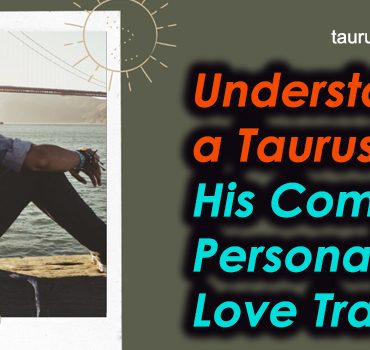 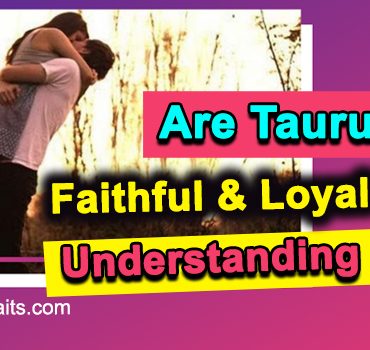